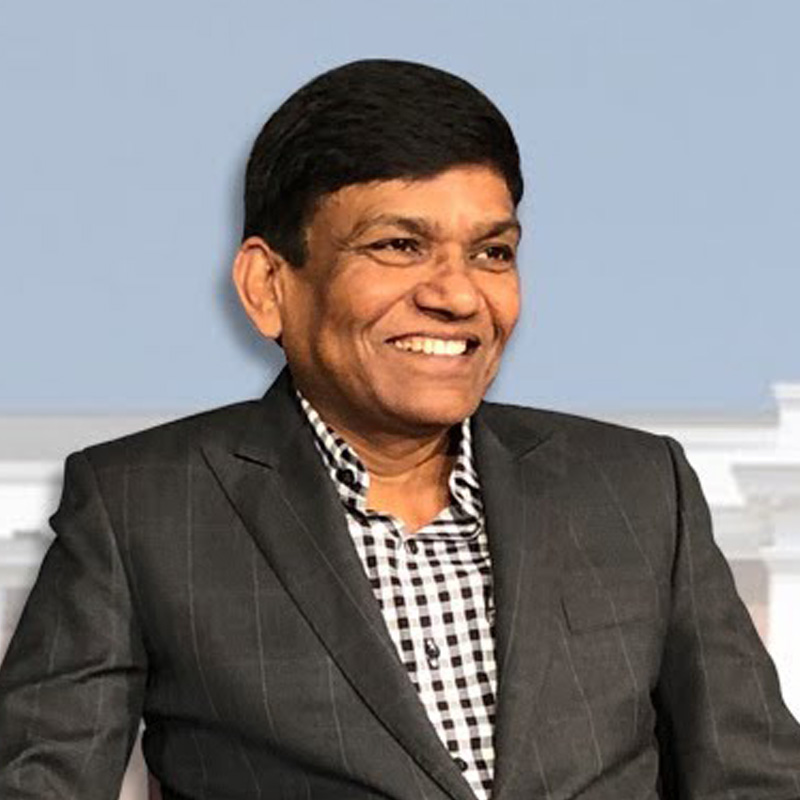 He has over 30 years of experience in the entertainment industry and has been
associated with the company since its inception. He has successfully led the company through the transition from video, audio and terrestrial to satellite and now digital. He started his journey by operating a video library shop named Popular Video Cassette Library at Lamington Road, Mumbai. By 1992, Popular Video Cassette Library was restructured into Popular Entertainment Network Limited, and the PEN brand was created. He then ventured into supplying Hindi feature films to Door Darshan (DD). In the early 1990s when the private television channels took off in India, he became the leading distributor for all major networks, including Zee, Sony, Sahara and Star, among others. In 2004, Zee Entertainment Limited approached Mr. Gada to provide consultancy services to exclusively purchase TV and broadcasting rights for movies, for their channels owing to his business acumen, astute judgment and deep knowledge of the movie industry. By 2011, Mr. Gada was involved in movie production and co-production, and had produced the
Hindi movie Kahaani, which was a great success and received numerous awards
and accolades. 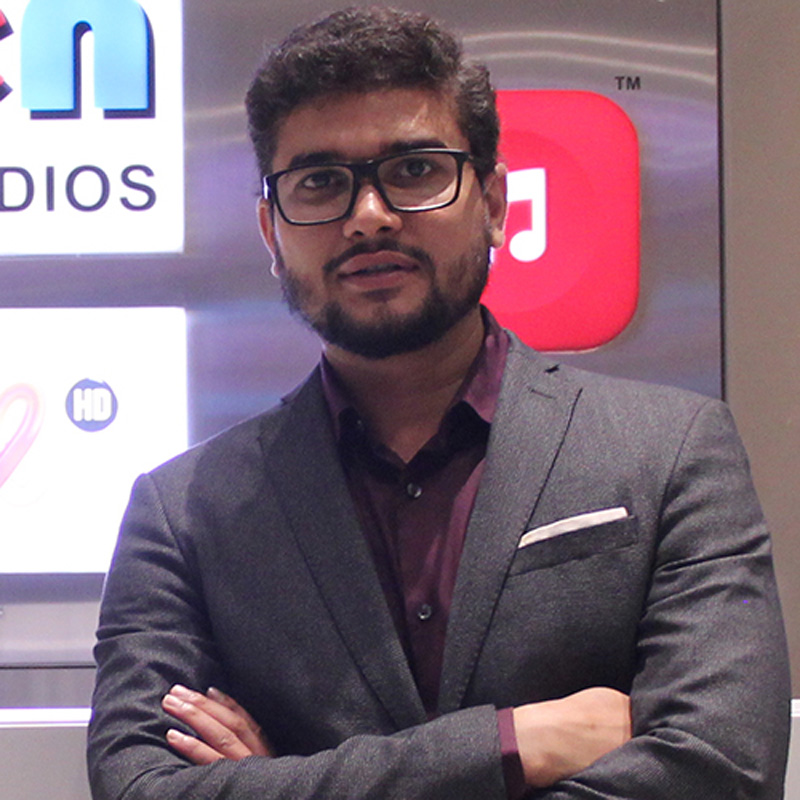 Dhaval Gada is an entrepreneur, and Indian films and television producer. He is the son of Jayantilal Gada, the founder and promoter of PEN India Limited and PEN Group. He has more than nine years of experience in the business of producing television serials. He joined top management of PEN India Limited on November 3, 2014, becoming one of the youngest producers in the Bollywood film industry. Mr. Gada has since produced and co-produced several well-known films under the PEN banner, including Singh Is Bling, and Kahaani. Besides playing an active role in PEN India’s top management, he also entered the television industry in 2014 with Udaan, which recorded the highest TRPs on Colors. He has also produced daily soaps like Dilki Baatein Dil hi Jaane and Naamkaran. Mr. Gada’s passion for the Bollywood industry is even seen on digital platform through the planned launch of his own app Play My Movie. 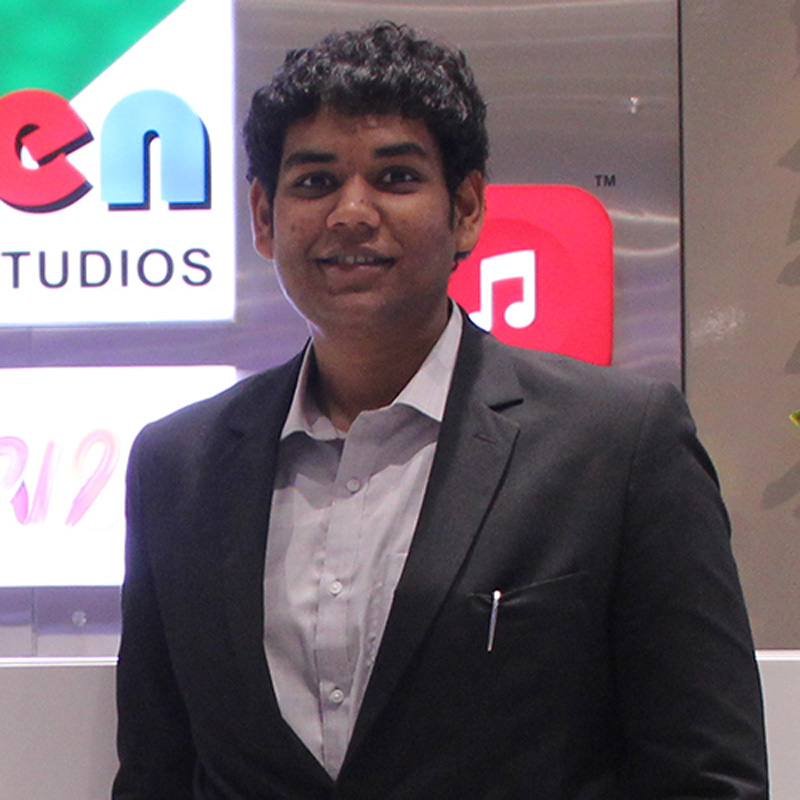 Akshay Gada, aged 20 years, began his career in the movie industry under the guidance of his father Jayantilal Gada and his older brother Dhaval Gada. He started out by actively participating in the production of the company’s movies. At the young age of 19, he founded and developed his own complete entertainment digital portal called Bollywood Times. He aspires to direct films someday. 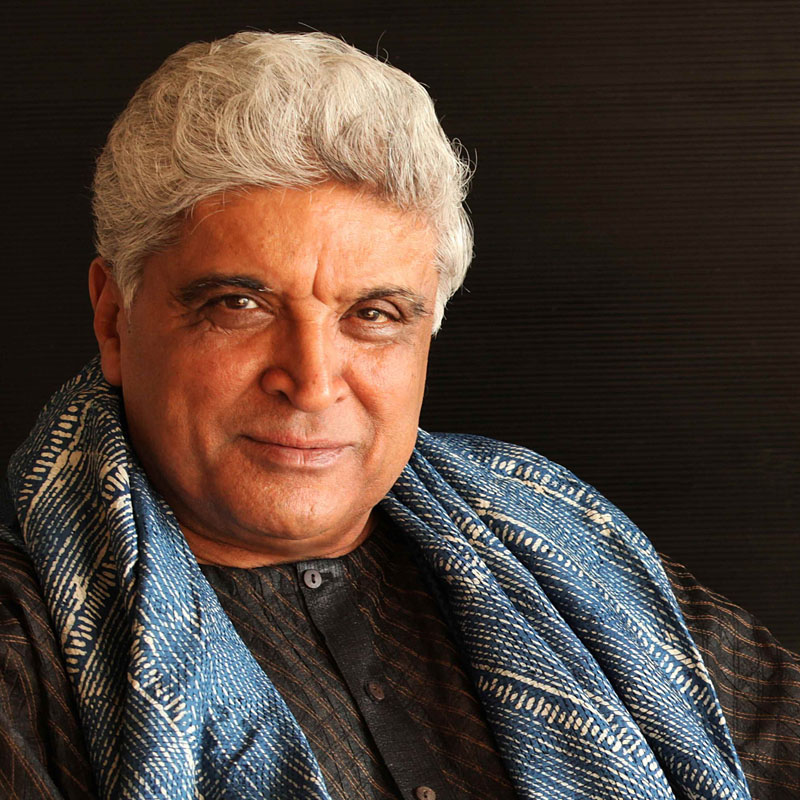 Javed Akhtar is the son of the legendary writer and poet Jan Nissar Akhtar. He born in Gwalior, schooled in Lucknow, and graduated from Saifiya College in Bhopal. Mr. Akhtar is a legendary poet, lyricist and screenwriter in the Indian film industry. He was awarded the civilian honour of Padma Shri by the Government of India in 1999, followed by the Padma Bhushan in 2007. In 2013, he received the Sahitya Akademi Award in Urdu, India’s second highest literary honour, for his poetry collection Lava. He has also won five National Film Awards and eleven Filmfare awards for his work as a lyricist and dialogue writer. Out of the 24 films he wrote with Salim Khan, 20 were hits. Some of his hits include Andaz, Seeta Aur Geeta, Zanjeer, Deewar and Sholay. Mr. Akhtar was a member of the Rajya Sabha, the upper house of the Indian Parliament from 2010-16. He is a Director in Indian Spinal Injuries Centre and many private sector companies. 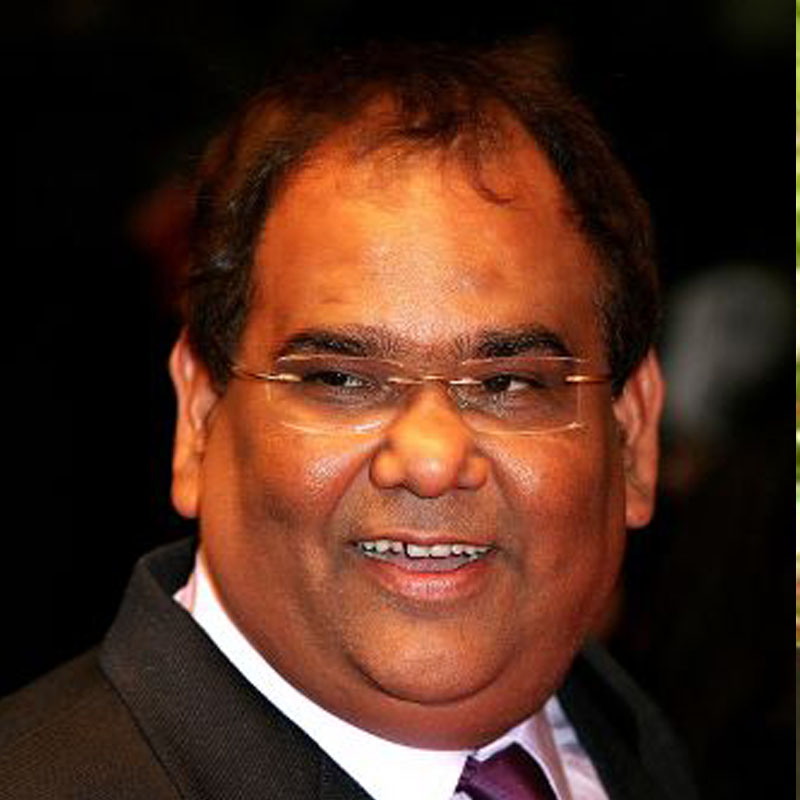 Satish Kaushik is a graduate from the prestigious National school of Drama, New Delhi and subsequently studied at the Film and Television Institute of India in Pune. A renowned Indian film director, producer and actor in Indian theatre and the Hindi film industry, he started his career as an assistant director to Shekhar Kapoor for the film Masoom. His first film as a director was Roop Ki Rani Choron Ka Raja (1993). He has directed many other movies such as Prem, TereNaam, Mujhe Kucch Kehna Hai, Hum Aapke Dil Mein Rehte Hain, Hamara Dil Aapke Paas Hai and Milenge Milenge. He has acted in over a hundred films such as Mr. India, Ram Lakhan, Saajan Chale Saural, Haseena Maan Jaayegi and Chhote Miyan Bade Miyan. He also co-wrote and anchored a television countdown show named Philips Top Ten, for which he won the Screen Videocon Award. His latest TV Show Sumit Sambhal Lega won him much appreciation. His foray into international cinema includes Sarah Gavron’s Brick Lane and Dev Benegal’s Road Movie. He recently turned RJ and his programme Filmy Calendar Show is a tremendous success on 91.9 Radio Nasha. He is a director in Delhi Film Council and other private sector companies. 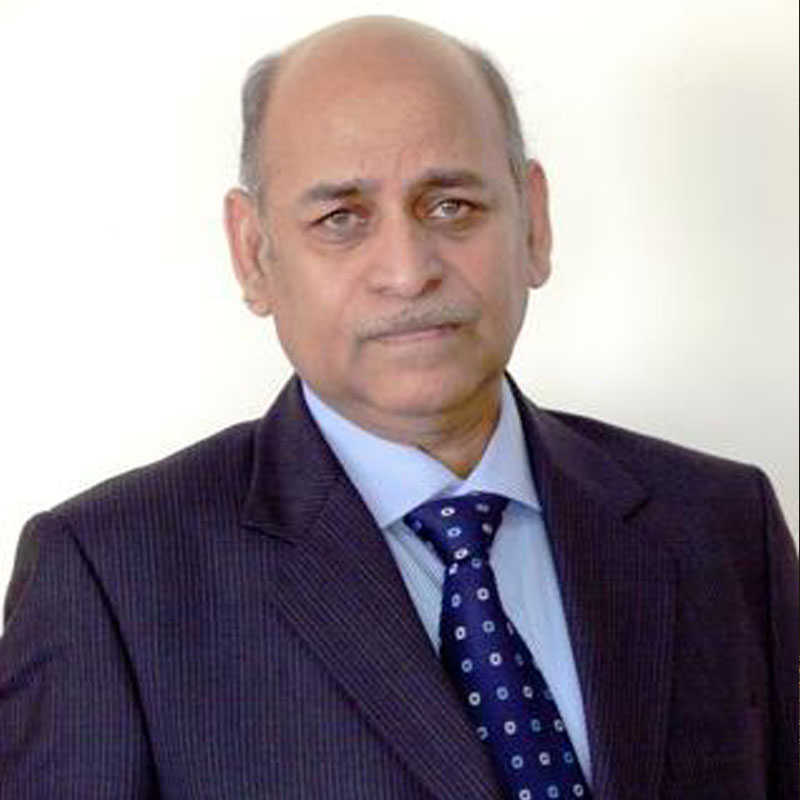 Tilak Raj Bajalia is a commerce graduate and member of The Institute of Cost & Works Accountants of India. He served as a Deputy Managing Director at Small Industries Development Bank of India from October 4, 2012 to December 31, 2013 and was Executive Director of IDBI Limited. Mr. Bajalia served as the Head of SME Vertical. He has been associated with CII and FICCI for the development and growth of SMEs. He started his banking career in 1974 at Bank of India and joined IDBI in 1983. He served as a Director of Small Industries Development Bank of India since 2009 and a Member of the committee constituted by Reserve Bank of India for restructuring cases with exposure of less than INR 100 million. Mr. Bajalia is a director in many private sector companies.

Ms. Vanditta Malhotra Hegde, Founder and Managing Partner, Singh&Singh | Malhotra&Hegde is an accomplished lawyer with more than 17 years of legal advisory and corporate leadership experience, having worked with a premier law firm and one of the biggest media conglomerates. She specializes in Media & Entertainment and Intellectual Property law practice. She is a well reckoned legal name in media and entertainment industry for her strategic work and progressive advocacy in both fields of litigation as well as non-litigation work. She has been in the forefront of advocating progressive copyright laws and taking up other media and entertainment industry issues.

She believes in providing solutions based advisory to her clients that too in short timelines. She specializes in setting up robust legal system and process for many start-ups and business houses across industries, extensive documentation for content: creation, protection, exploitation, management of intellectual property, copyright licensing etc. 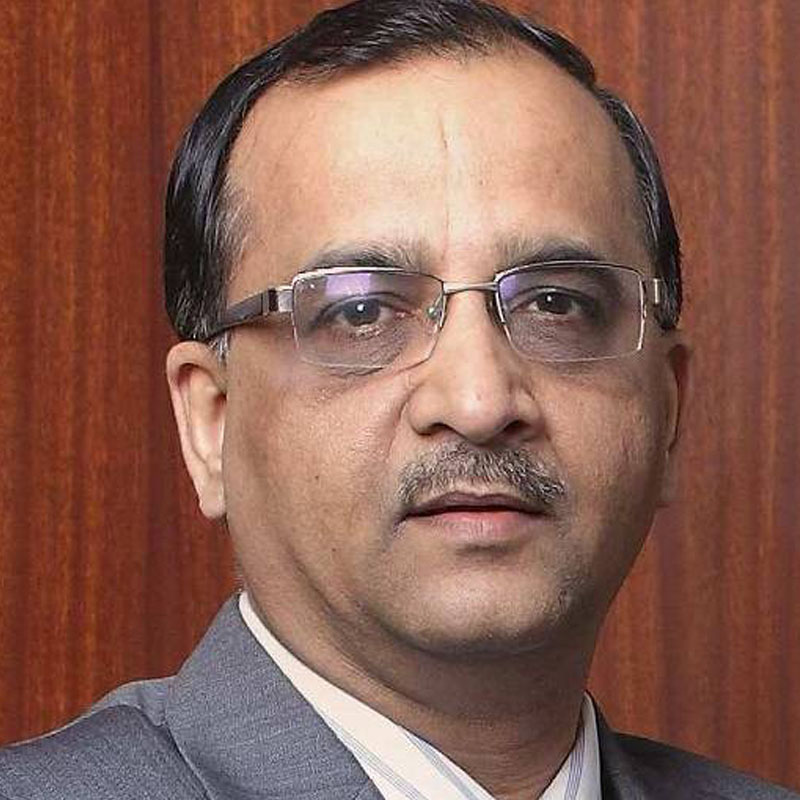 Hitesh Vakil is a qualified Chartered Accountant with 32 years of overall experience. He has 21 years of Industry experience, specifically in Media &Entertainment industry. Prior to taking up this position as the CEO – Essel Business Excellence, he worked as the Global CFO of this group’s pioneer media company, Zee Entertainment Enterprises Ltd (ZEE), for 18 years. He joined ZEE in 1995 and has played a key role in all value maximizing opportunities in the form of New Business, Expansions, M & A, Capital Structuring, Corporate Restructuring and other growth opportunities that ZEE has pursued during his tenure.
At Present, Hitesh Vakil is a director in Living Entertainment Enterprises Ltd, Pen Music Pvt Ltd, Media Network Pvt Ltd, companies which are engaged in broadcasting and distribution of television channels.